I use markdown for writingIncluding this article. During my time at the NYC Data Science Academy, students were to write blog posts for their python, R, and machine learning projects and publish via WordpressYou can read my posts there as well.

Due to an aversion to using WordpressI need vim-bindings in my editors. It's a disability, just like my deuteranopia . and a desire to have control over my work, I decided to look into writing in plain text files. My first approach was to write in regular markdown and convert that into HTML. Quickly, I realized that Pandoc was the way to go and wrote in Pandoc-flavored markdown. I wrote a python tool using pypandoc to have it automatically convert a directory of *.md files to *.html. Pandoc’s really powerful, and has some benefits over MDX, but I needed a publishing flow that was seamless—no more copying over generated HTML files into the /public directory of a React app.

That’s when I turned to Gatsby.js, which supports markdownxMDX = MD + TSX, which is essentially markdown plus React components. It took a while to set up my site and to create custom components to mimic Tufte–CSS, but the result has been great.

The rest of this “article” is a syntax reference—I use it often. I hope it is helpful to you as well.

Styling with Tufte-CSS, and HTML/CSS

The first letter in a paragraph can have drop caps. Here we add some extra text to see how it wraps. Some more text so that we have at least three lines. Maybe we can keep going on and on and on and on.

We can begin a paragraph with small caps with Tufte-CSS

The HTML specification is maintained by the W3C.

Façade
A façade (/fəˈsɑːd/) is generally the front part or exterior of a building. It is a loan word from the French façade (pronounced [fasad]), which means 'frontage' or 'face'.

Blockquotes can be useful if you‘re quoting someone, as in an email, or a famous saying by a famous person from a famous book.

The English language…becomes ugly and inaccurate because our thoughts are foolish, but the slovenliness of our language makes it easier for us to have foolish thoughts.

Let’s say we are writing about a technique I found on stackoverflow, medium, or web2 article. We can link to it via a footnote. The footnote will show up at the bottom of the page.

We can also have a longer footnote3 with multiple paragraphs and even code formatting. Scroll to the bottom or click the footnote superscript number to read the footnote. The footnote includes a link back to the original text

We can have footnotes in the marginUsing footnotes along with sidenotes causes numbering-consistency issues. This allows the reader to quickly read your commentary about the topic. Although footnotes are linked back, there is some context switching involved. Sidenotes side-step this issue.

We do this by including a custom <Sidenote> component into the mdx fileSee tutorial. You might have noticed we can also pass in html to our sidenote The link to the MDX component tutorial is an <a> tag.

If you want a sidenote without footnote-style numberings, then you want a margin noteThis is a margin note. Notice there isn't a number preceding the note. See original Tufte–CSS write-up for more details.. It is simply a sidenote that omits the reference number. Unnumbered footnotes in the margin can also be created with the <Marginnote> component.

You might notice that on a small-width screen, such as on phones, margin notes are hidden by default—replaced by the ⊕ symbol (&#8853;). Clicking on this will show the note. Similarly, for a sidenote, clicking on the number will open the sidenote.

This is work in progress. I need to figure out how to pass images or HTML to a component from within MDX.

The current implementation gets the job done…poorly

An image with an optional caption can be added to a sidenoteWe use Gatsby.js for this site 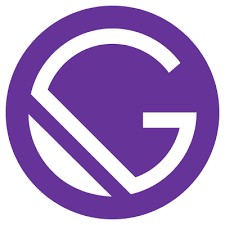 Gatsby has great remark plugins with out-of-the-box MDX support! Usually… (or marginal note). We accomplish this by simply adding more html within a <Sidenote> or <Marginnote>.

These two components are essentially the same. We dangerouslySetInnerHTML on these components and tweak some classes to differentiate them.

This is quite hacky, but it works. Unfortunately, as far as I am aware, the gatsby-remark-tufte plugin does not work with MDX, so we have to write our own custom TSX components (<Sidenote> and <Marginnote>)

Use three or more…

This is a pipe table

Use : in the second row under the headers to tell markdown align columns

This is a table with where we can be lazy by not manually specifying widths. We also omit pipes around the edges

We can inline code return "hello, world!" in a paragraph

We can specify the language for syntax highlighting and can add a title (bar.py) for a code snippet if we wish.

You can also add a title, in addition to the alt. Hover over the image to read the title. 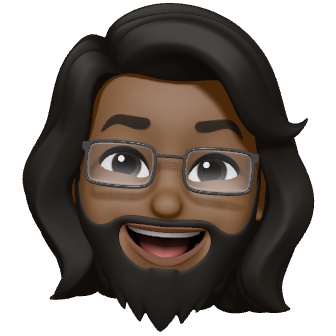 This plugin requires puppeteer and does not work on Gatsby Cloud without configuration. Works on localhost. Need to investigate

🐕 Beware of dog (and dangerouslySetInnerHTML)

They are watching you 👀